As my grandpappy would say, hey there, happy people! I do hope this week was good for all of you charming people. Down here in the Dominican Republic, we had cockroaches, Christmas dinner, the Piano Guys, and group photos where as usual, I didn't realize we were supposed to be smiling. It's Christmastime in Espaillat. 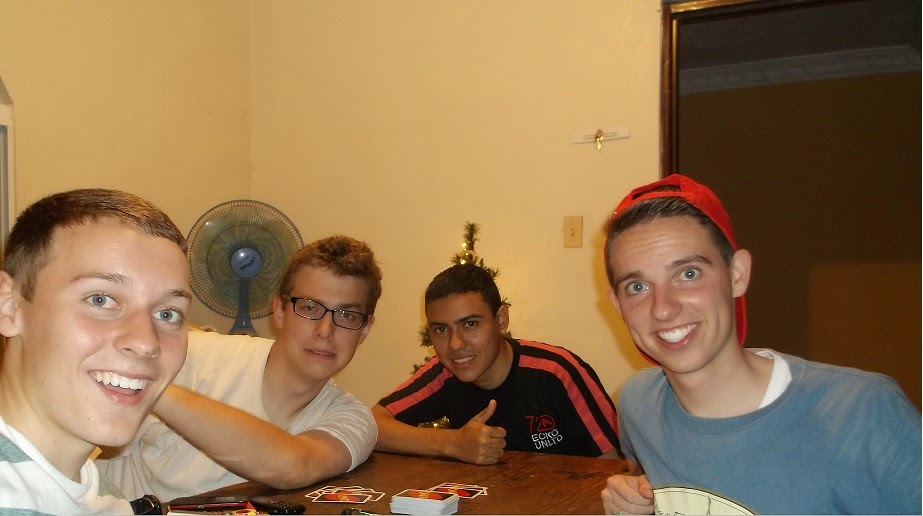 Christmas in the mission is a pretty fun time! We didn't have tons of family, home-cooked food, or snow, but we did have a heckuva lot of cards, a lot of laughs, a lot of music, and lots of happiness. We had to be in the house by dark on Christmas Eve unless we were at a dinner because the streets get pretty crazy, so we had an extra three hours in the evening to do non-proselyting stuff. This, of course, meant that we pumped up the Piano Guys Christmas album as the background music for a classic missionary THROWDOWN of Uno, Five Crowns, Egyptian Rat -insert your preferred variation of the third word in the name here-, and Dominoes. We actually got invited to a dinner but didn't end up being able to go because the guy who invited us didn't get off work until nine, and we had to be in the house for good by then. Luckily, our downstairs neighbor (whose name is America. And her husband's name is Chino.) had made a little bit of extra food and gave it to us because she loves having quiet neighbors. We missionaries always try to keep our wild parties on the DL. The next day was Christmas proper, and I got to call the family! Highlight of the season right there! 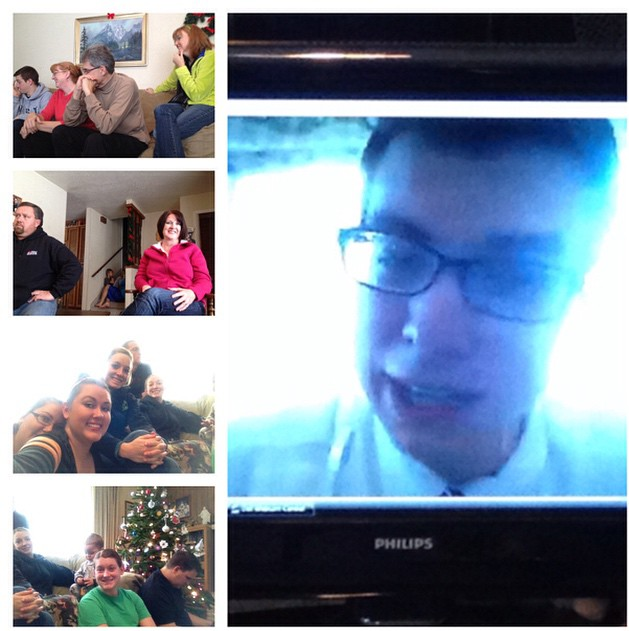 So here in the Dominican Republic, we have cockroaches. Of course I've heard of them, but I'd never actually had to deal with them before. There are two things I have to say on the subject. Firstly, pfft, duh, I'm not scared of them, claro, but I may or may not scream like a little girl every time they crawl over my foot in the shower. Secondly, if you drop a cockroach off of the Empire State Building, it will die. I know this, because I've killed them with a shoe, and if you think a fall from 381 meters does not have an impact that hard, I invite you to hit yourself in the head with a shoe and then jump off the Empire State Building and compare your experiences. That being said, I tell you what, the other night, I met the Hercules of cockroaches.

It was a calm evening. I was standing on the porch wringing out and hanging up my laundry when a cockroach skittered out from under a towel and crawled up my leg. This displeased me, so I carefully considered my options and then proceeded to roar like unto a majestic lion. On a combination of helium and acid. Okay. I screamed. Loud. I'm not ashamed to admit it. Not. Um. Right. *nervously laughs* Anyway, it crawled up my leg and I screamed and since it didn't take me long to decide that I didn't like it on my body, I knocked it off and stomped on it. One would think that this would do the trick. I lifted up my foot, expecting to see a little smear. And there was li'l Hercules. I had broken a couple of legs, and it wasn't able to walk very fast, but it was still very much alive. So I decided to up the ante. I pulled out one of the cinderblocks that holds our water bin, raised it up over my head, and dropped it on him. I picked the cinderblock up, this time sure that he was a goner. And there was li'l Hercules. He wasn't walking anymore, but his legs were still moving and he warn't dead yet. I knew it was time to pull out the stops. I dumped an entire bottle of hand sanitizer on him and lit the beast on fire. Two days later, he starved to death.

Anyway, I hope you all had a grand Christmas! All's well here in the Caribbean. We laugh, we eat, we love, and we serve. It's the mission life, and it's a good one. Merry Christmas and a Happy New Year! 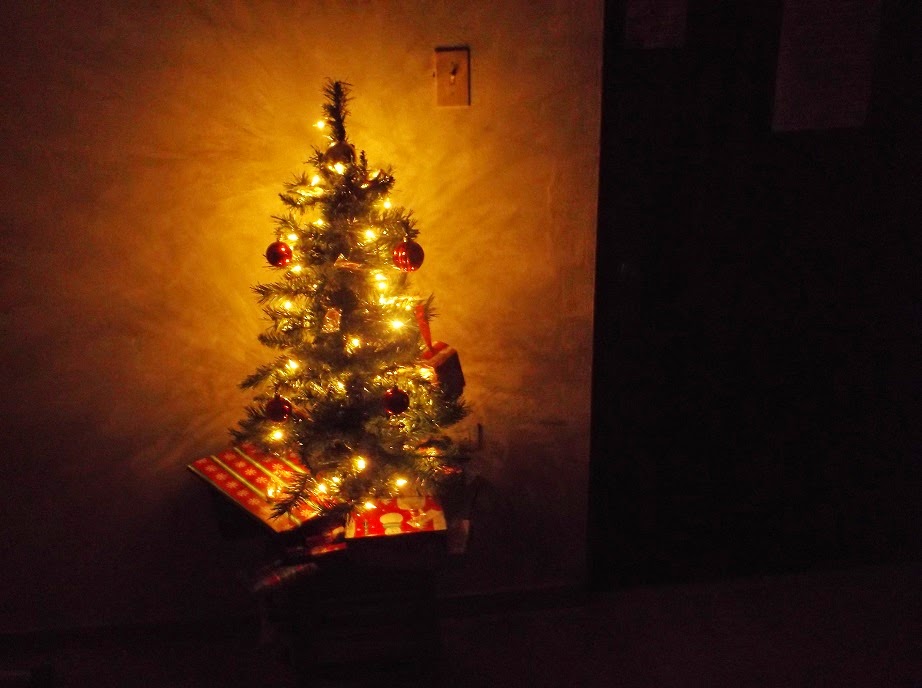 Posted by SunnyNell at 4:02 PM