Afternoon, all ye nice people!
The enter key on my keyboard is functioning this week. Yay for more accurate conventions! So my MTC experience is coming to an end. It's the last P-Day before I get to yonder on out to el campo and start doing it for real every day. This is at once a liberating and horrifying prospect. On the one hand, I wanna get out there and get into it. On the other, I still don't speak Spanish. I had a moment last week where I was starting to feel fairly confident in my language skills. Then, we were introduced to present and past subjunctive, a subject I'm told is taught in a year-long course in most colleges. We were taught in two days. Ugh uhh ugh uhh ugh. That's the sound of my ego getting its teeth knocked out one at a time by a Dominican three-year-old with a tuna can who understands Spanish grammar better than me. And that's not the three-year-old, it's the tuna can. I can get by, and I can talk about the gospel like a champ, but the moment that the conversation shifts to anything non-gospel, me looking for the proper conjugation is like a blind man looking for a black dog painted with tar at the bottom of a pit in a cave at midnight on the night of a new moon. But that's okay. I'm told that most missionaries are functional, though not proficient, at the languge after about six weeks in the field. Fingers crossed!
Speaking of the field, this last Friday, we got to go do some actual proselyting. We left right after lunch and joined up with a group of missionaries in the Santo Domingo West Mission. We were sitting there in the parking lot of a church, waiting for said missionaries to arrive. They started trickling in and who should I encounter but Hermana Katie Francis! Crazy coincidence, no? Now, most of you don't know this lass. Frankly, I don't know her particularly well myself outside of high school musicals (actual musicals performed by high schools, you silly moosen, not High School Musical) in which she would perform and I would play the cello in the pit. But her family used to live in the ward and our families are friends. Her mom also gave me my first ever piano lesson. It was mostly just nice to see a familiar face. She's the first true Loganite who I've met in five weeks here. Her Spanish is muy bueno.
Anyway! I was paired up with a charming lad from Guatemala named Elder Giron (HE ROOOOOOAN!!). He didn't speak a word of English, which did prove a challenge at times. It was a great experience though, because although there's still a bucketload of stuff I don't understand, it's nice to know that not eeeeverything goes over my head. Truth be told, most of it was fairly boring. We had six teaching appointments, but three were cancelled and one had a guard rooster. Seriously. We came back four times. Every time we'd approach the door it would go like this (mostly translated):

Me: You think that diablo de fuego is still there?
Elder Giron: I don't know.
Me: You wanna go in front or should I?
Elder Giron: I'm only 21. I'm too young to die. Also, you need a lesson on Dominican hospitals sooner or later, gringo.
Me: Voy a matar usted. But okay.
*Tiptoeing in my loafers*
Rooster: BRRRAWKGRAAAAWKRAAWKGETOFFOFMYLAWNBBBBBRRRRAAAAWWWK!!!!
Us: YEEEARRRRIGHT!!!!
*Tiprunningformylifeing in my loafers*

So that happened. In the other two appointments, I did little more than pray and bear my testimony. Side note here, but every time you ask a Dominican who they want to pray, without any hesitation, they point at the gringo. Luckily, I've got prayin' down. Also, Elder Giron was a really funny guy. Since so many people cancelled, we spent most of the time tracting, which, while not inherently very fun, it went by fast because Elder Giron and I could make each other laugh with physical humor if nothing else.
My favorite part of the experience was just being able to see more of the city. There's stuff here that I've never seen before. #guardroosters There are also tables of older gentlemen playing dominoes everywhere. I don't know enough Spanish to fully comprehend the answer Elder Giron gave me when I asked why they like dominoes so much, but I imagine it's probably because this is the, ahem, *cough cough* Dominocan Republic. Jajajaja. Anyone? Anyone? ....Bueller? Well, alright then. Best of all, we climbed up to the top of this ten-story apartment building and looked out over a breathtaking sight. On the south side, we were two or three blocks from the Atlantic Ocean, which I have never before seen in my life except from the vantage point of an airplane. Ho. Lee. Cow. It boggles my mind to see a body of water that just goes so impossibly on and on and on. It's not hard to imagine why so many sailors before Columbus thought that sailing into such a void would be a one-way ticket to their own death. When I looked north, the sprawling metropolis of Santo Domingo was laid out like an ocean of concrete, palm tree, and haze. The biggest city that I've ever been to that I can remember well is good ole' Salt Lake City. The entire state of Utah has about two million residents. The city of Santo Domingo has four million residents. It's madness. But it's beautiful madness. Breathtaking madness. My goodness.
In the MTC, we were told by the maestros that although the mission packet says not to bring cards, it's not actually against the rules to play cards in our rooms after family prayer as long as there's no betting involved and it doesn't go past quiet time. Yeah. I don't mean to brag, but I'm kind of tearing it up a little bit. We play a lot of BS. My record right now is 12-2. I received good card/board game training at the hands of my not-at-all-competitive-aunts-uncles-and-other-assorted-family-members-and-friends. Also, me and Elder Taylor are home teaching a senior missionary couple from Puerto Rico, the Feitos, who have a Five Crowns deck. No joke. They lent it out to us this morning, and as soon as I'm done here, it's about to go down. Yeah.
Anyway, I'm gonna finish up by hoping that everyone has a lovely Halloween. We don't get to have a Halloween here. The natives say it's a gringo holiday, so everyone enjoy it enough for both yourselves and the eight hundred missionaries serving in this country. Aside from that, send me updates from the states! I may not reply in a very timely manner, but that's because time is limited and I'm sort of a complete windbag. Love you all! Have yourselves some adventures, and if you're not, go find one! 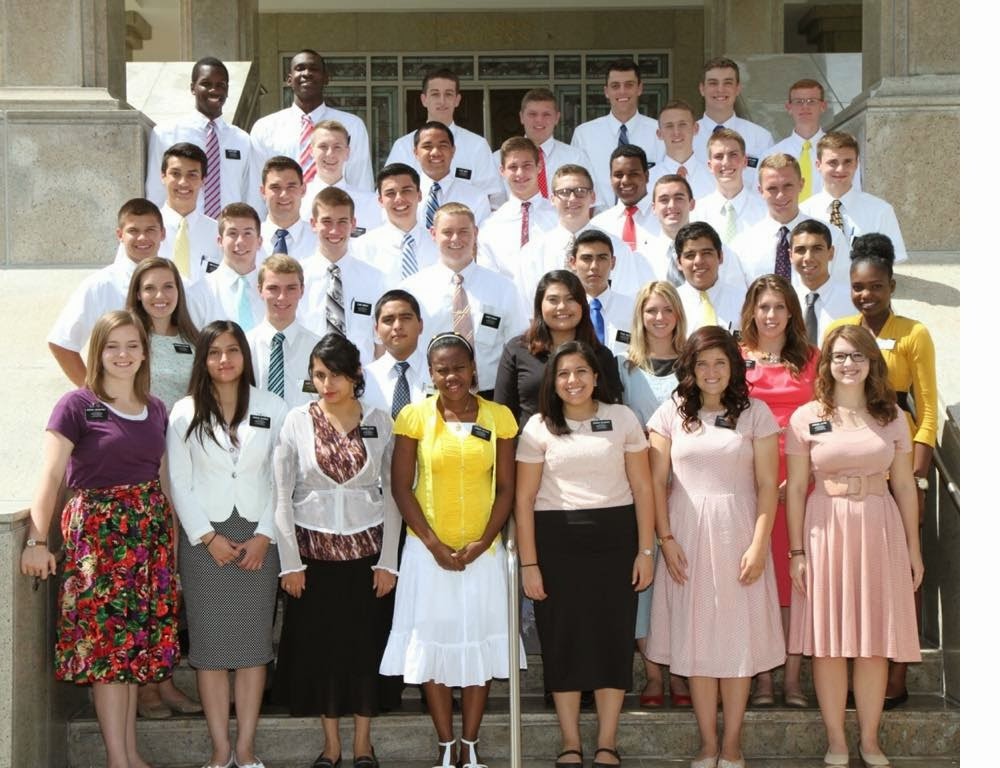 Posted by SunnyNell at 8:02 PM