So first things first. I have a sunburn. In a few days it will become a tan. And it is December. Welcome to the Dominican Republic. Help me when I have cancer bills.

This last week has been wonderful! It was Thanksgiving this last Thursday. Unfortuately, apparently someone forgot to tell the Dominicans that, so I got to go to a district meeting and eat Pica Pollo for Thanksgiving dinner. This actually doesn't bother me. However, someday I'm going to bring you all to Santo Domingo, take you to Pica Pollo, and show you all how funny of a joke that actually is. Proselyting was actually really good on Thanksgiving, though, and Elder Miller and I ate an apple tart thing that we'd bought on P-Day and saved in the fridge.

As un-American as Thanksgiving was, we made up for it today. This morning, we met up with a bunch of other elders at one of the churches that actually has grass and played some honest-to-goodness, one-hand-touch, mission-approved football. 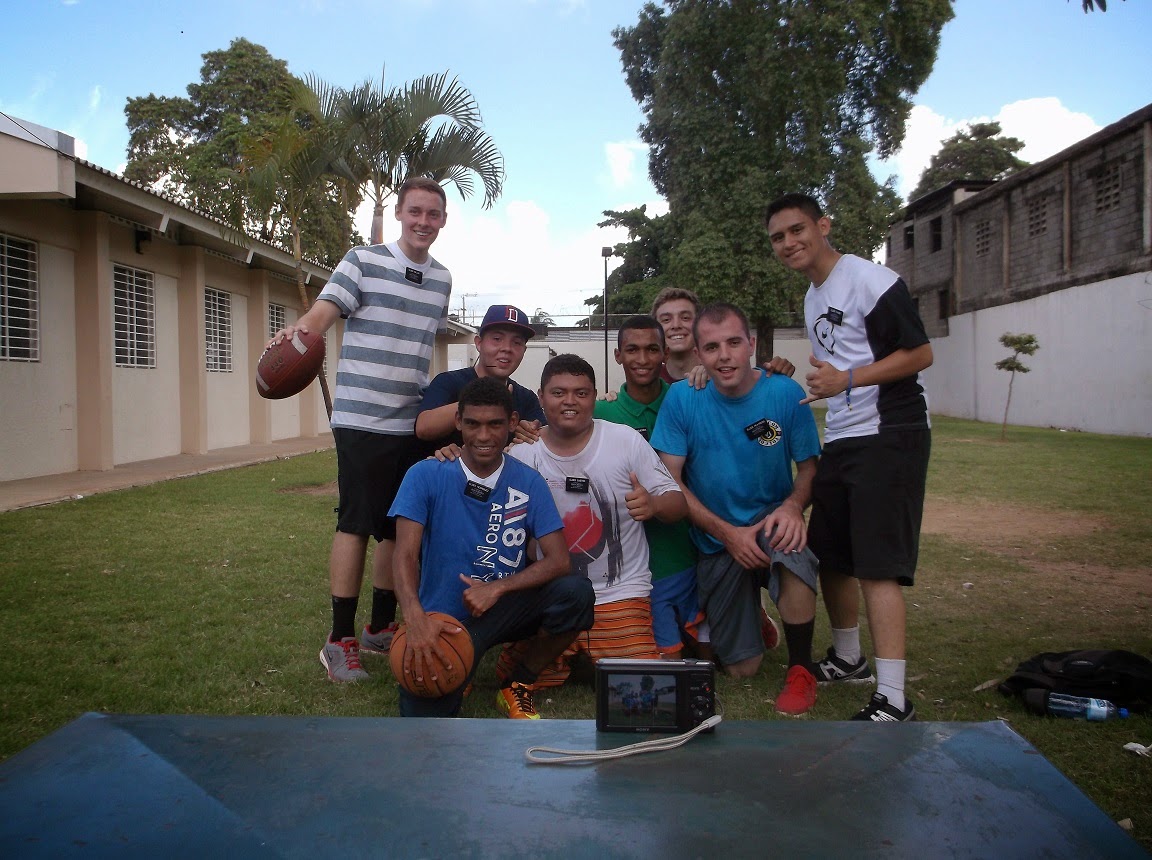 Following this, we went to a huge mall called Sambil and I. ATE. BURGER. KING. Like. Classic whopper, fries, and coke. My great lozzy, muooarrrgh it felt amazing! Actually, my body hasn't had to endure American fast food for over two months and it felt like the devil. For a minute there I thought I was going to vomit. But I felt so stinkin' patriotic that even if I had, it would've come out red, white, and blue. 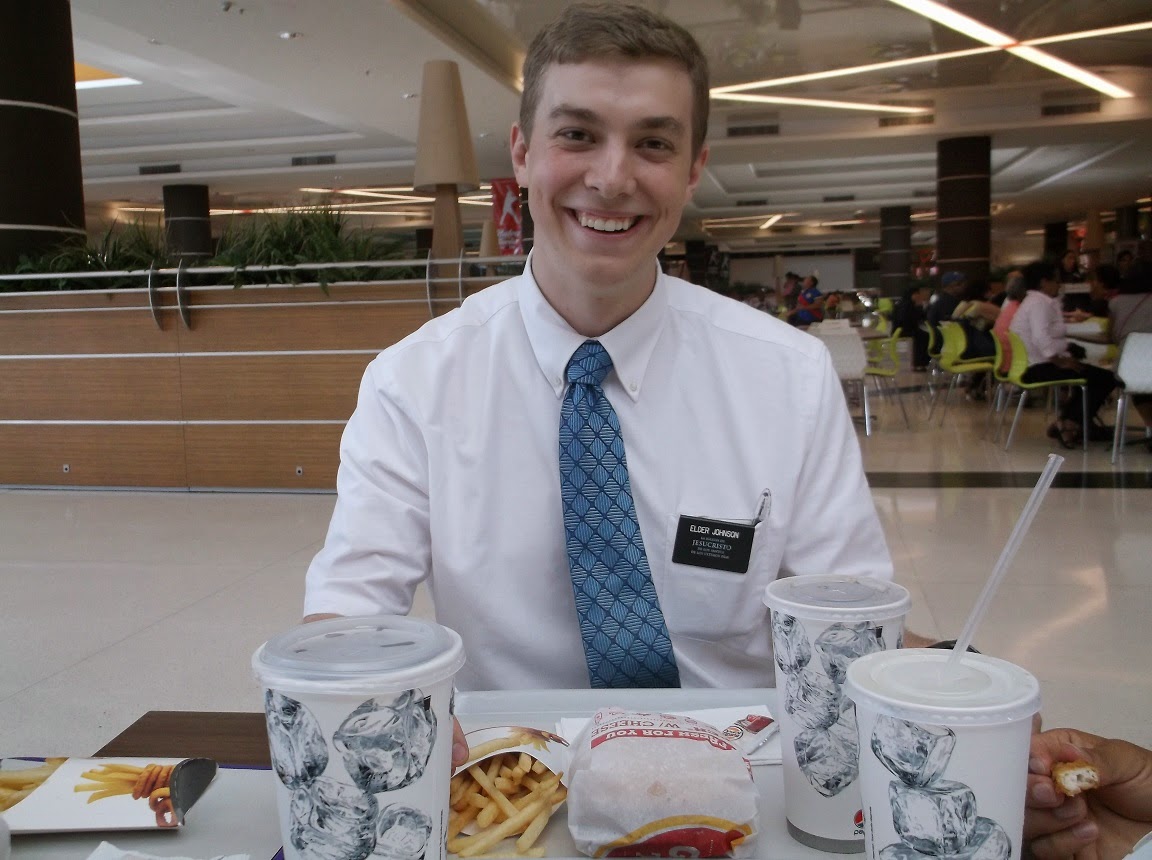 An experience! A very long experience. So this last week, we taught one of our investigators the lesson on the law of chastity. This was a lesson that I'd been dreading having with her, and not just because hey, chastity, but because she's a golden investigator. She always keeps her commitments every time she makes one, she's started coming to church, and she even volunteers to say the opening prayer. Understand that in my experience, this is rare. Rare, but awesome. However, we knew that she had some issues with the law of chastity. Now, let me be clear (not to channel my inner Obama or anything). Because of the culture here in the Republic, pretty much every investigator you have is gonna have issues with the law of chastity. That's just how things are. This girl is living with her boyfriend (also common), but this actually isn't usually a huge problem. They've been living together a while, and most investigators with a testimony like hers will just get married and that will be the end of it. However, this girl is in an unusual situation. She's 22 and her boyfriend is 49. This presents a problem because she doesn't want to marry someone who's almost thirty years older than her, but she'd told us that she had nowhere else to go. She has a daughter and no money.

¨Fear is only the absence of faith.¨

This kind of surprised me. Anyone who spent a lot of time around me in late 2011 or early 2012 might remember that for a time, that phrase was practically my battlecry. Or maybe no one remembers because I translated it into Latin because I'm pretentious and Dallin Johnson and who remembers that kind of thing anyway? Irrelevant. The point is that it was something that hadn't even entered my mind in years. And yet, there it was- Fear is only the absence of faith. And so I stopped being afraid. I just stopped. And there, by the flickering candlelight, me and Elder Miller taught this woman the law of chastity. We held nothing back, we told her we loved her, and we had no fear.

She moved out the next night. I don't know where she went, but she moved out and she was in church on Sunday, and she knew it was right.

My thoughts on the subject are short and unoriginal, but nonetheless, never, EVER forget- Trust in the Lord. Always.

Wishing you all a very merry Christmas season,
Dallin