Well, I still haven´t figured out how to type a dash. But on the plus side, it´s P Day!!! There´s something miraculous about P Day. It always seems to come right when you need it. I guess that´s the Lord for you. So for all you people back in Utah dealing with snow and silly things like that, here's a picture of me at the
ocean. :) Why yes, it IS a balmy 80 degrees, now that you mention it. Also, cannons. That is all. 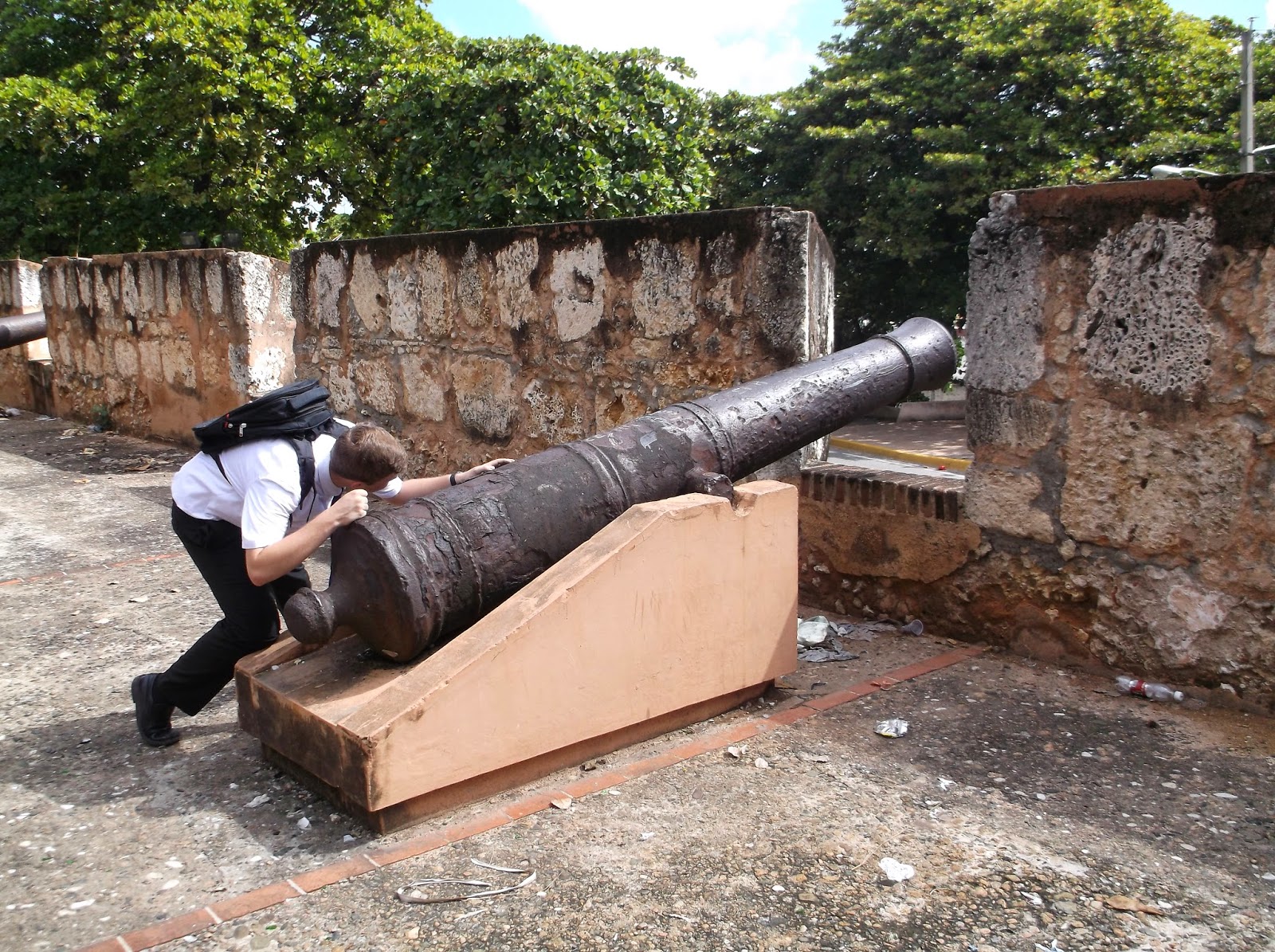 Anyway, I'm sorry, but I'm gonna keep this one short. More of a spiritual thought than anything else.

I was reminded earlier this week of an experience that I had in the MTC. It was the second time we visited the University. I was walking with Elder Durrant when we were approached by a couple of Dominican students. One of them spoke English, and he told us that they were making a video for a class. In this video, they were asking people of different religions and ethnic groups for their thoughts on a certain political issue. Now, as much as I hate discussing politics, I really enjoy discussing politics. But it's very much against mission rules, both talking about politics while proselyting and being filmed doing so. We told them that we were sorry, but it was against the rules for us to participate in their video. They weren't having it and quickly explained that to meet people who were both missionaries AND Americans was a huge opportunity and we'd really be helping them out. Then the one who spoke English said something rather interesting. He said, ¨Don't worry about it. Just cover your nametag, and no one will know.¨ But we were adamant, and eventually they gave up and left.

After they left, I found myself pondering on the experience, and I was hit with a thought. They were right. We were in a foreign country. If we'd covered our tags, no one would have known. But then another thought hit me. Never cover your nametag. For us, as missionaries, the nametag is the most obvious outward sign that we're members of the church. We wear it everywhere we go, 24-7. For others, it's not always so simple. The nametag is not a physical thing, but it's there. It manifests itself through your words and actions. There are times when it's hard not to cover it. Sometimes, we're placed in environments where our values are in danger of being compromised, or where we might be accused of being too uptight or bigoted. It's hard to stand up and say no. To say that something is wrong and we won't just stand by and let it happen. But we must. We must stand, regardless of the consequences. To passively sit by is to invite regret. Be the change you want to see in the world. Stand for something. And never. NEVER cover your nametag.

That's it for this week. Best luck. Shovel your driveways :)

Much love,
Dallin Johnson
Posted by SunnyNell at 8:11 PM