Hey, everybody! It's P-Day!!!!!!! I'm wearing shorts and a t-shirt! If anyone asks how I'm doing, don't say "He's loving it." That's cliché and this isn't McDonald's. Tell them that I love it like a logger loves flapjacks. Mymymymymy. It's a beautiful day down here in the Dominican Republic. Let me start by saying this- as someone who has never flown before, flying is at once exhilarating and terrifying. Takeoff and landing is so much fun. But I had a couple of embarrassing moments. Like when I fell asleep soon after taking off out of Dallas and woke halfway up an hour later with my face pressed against the window looking out over a vast field of clouds. I'm scared of heights. And like a champ, I screamed like a little girl. And woke myself up the rest of the way. And the rest of the plane. I was only half-awake, okay? Give me a break! Oh, and then the moment when we were flying over the Gulf of Mexico and I was looking down at the ocean and as I scanned the water below, I noticed an odd-looking island at the rear of my sightline. I sat there for a minute and a half trying to figure out what it was, before I realized- it was the tail fin of the plane. Oops. Also, it's not really important, but the Miami airport had more announcements in Spanish than in English, and also, ninety percent of the roofs in the city of Miami are red. And! Kommandant. My traveling companion's name was Elder Schyler Richardson, and it is indeed pronounced like Skyler.

When we finally arrived in Santo Domingo, it was about 7-8 o'clock-ish. I lost my baggage claim tickets, but luckily, laws are a little loose in the Dominican Republic, so I was able to just take my bags anyway. I also forgot where the keys to open the locks on my bags were, but luckily, TSA, unbeknownest to me, decided to physically search my bags in Dallas, so they were kind enough to break the locks for me. They also left a very polite apology for invading my privacy and destroying my things. Although the Santo Domingo airport looks very small, it didn't feel small. They even had a Denny's. No one spoke English, but hey, evidently wearing confused looks and repeatedly saying, "What? What?" over and over is good enough to get through Dominican customs and immigration. Once we got all of our luggage and people through airport security, it was out into the night. Holy moly. If you swing your arms too fast, you'll start swimming. The humidity is unbelievable. Also, you should pray that they don't assign me a mission vehicle. Traffic in Santo Domingo is unlike anything I have ever experienced. If there are laws, people either don't know them or don't care about them. We drove through one of the poorer parts of the city, and it was unbelievable how sad it was to see. I saw kids running through gutted out buildings and clumps of assault-rifle-toting soldiers all over. Four-wheeler gangs are also a thing here. But we managed to get to the MTC unscathed. 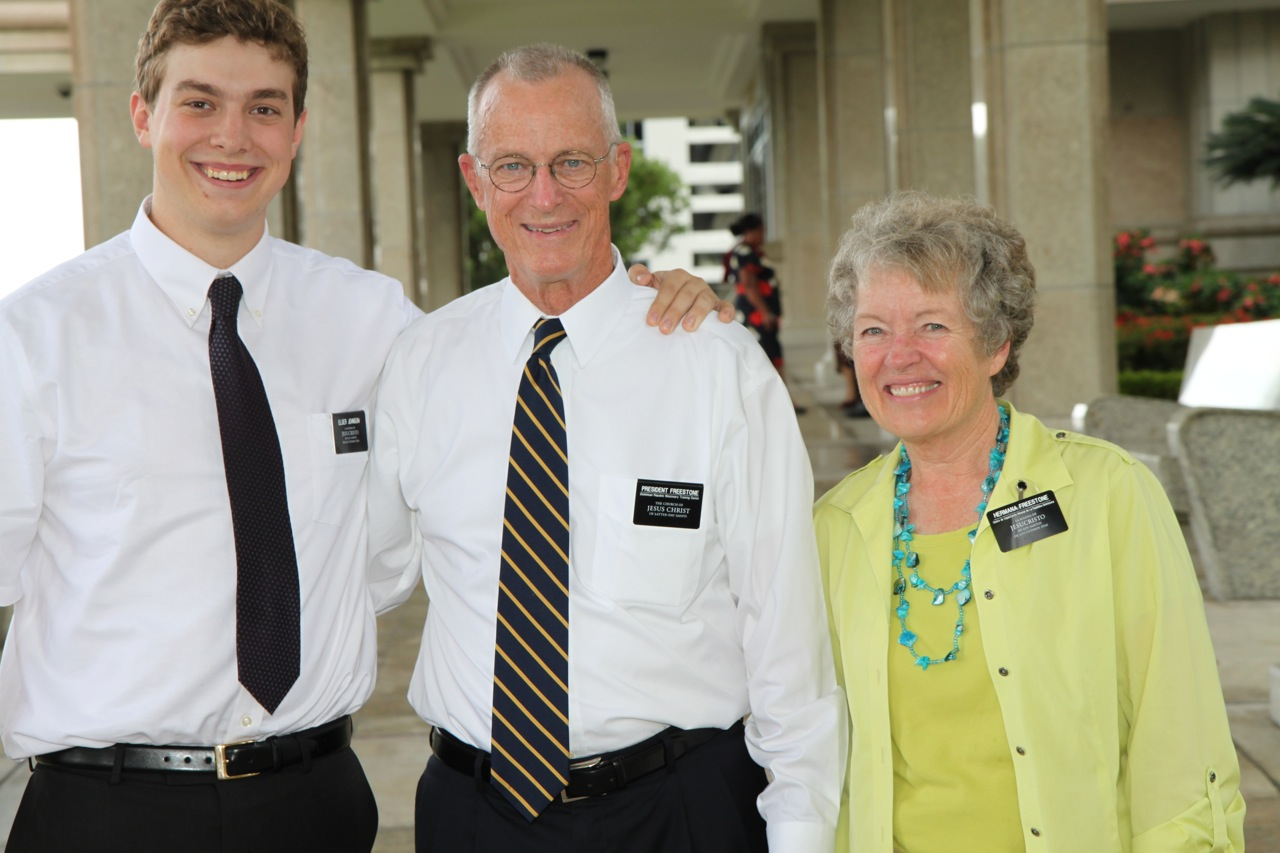 The MTC itself is an up and down experience. One elder said it best. In his words, the first week at the MTC is like drinking out of a fire hydrant. You get some water, but it mostly just hurts your face. It's a different world. Breakfast every morning is fruit, mush, and cold cereal. They call frosted flakes Azucaritas here. Lunch is always beans, two kinds of rice, and two kinds of meat, one or both of which is always chicken. Dinner does mix it up, although it still consists mainly of ethnic dishes. But when we broke our fast on Sunday, we had pizza. Never in my life have I felt more patriotic than I did while consuming that pure manifestation of Americanism. The second day, we were divided into companionships and districts. No one knew anyone's first name until the fifth day. My companion is Elder Taylor, an Idahoan so through and through that he seriously brought a bag of potatoes with him. In the district, we have three hermanas, Hermanas Greenstreet, Jensen, and Nazaire. Hermana Nazaire is a Haitian who immigrated to the Bahamas a few years ago and likes to dance. Hermana Jensen is a short sister from southern Utah who sings like an angel and laughs like a drunk. Hermana Greenstreet is a very straight-laced lass from Washington. The other elders are Elders Blount, Zamora, Durrant, and Kitchen. Elder Blount, our district leader, is a tall black gospel singer from Atlanta who is not related to LeGarrette. Elder Zamora, his companion, is one of two identical twins from Texas who are here in the MTC. One is going to the East mission, one to the West. Durrant is from Heber City in Utah. He's athletic and has little reverence for much, but can be surprisingly spiritual. Elder Kitchen is his companion, and it's a match that probably wouldn't happen anywhere outside the MTC. Kitchen is a gangly computer nerd with glasses, but he has a powerful testimony. The dynamic in the district is a fun one. 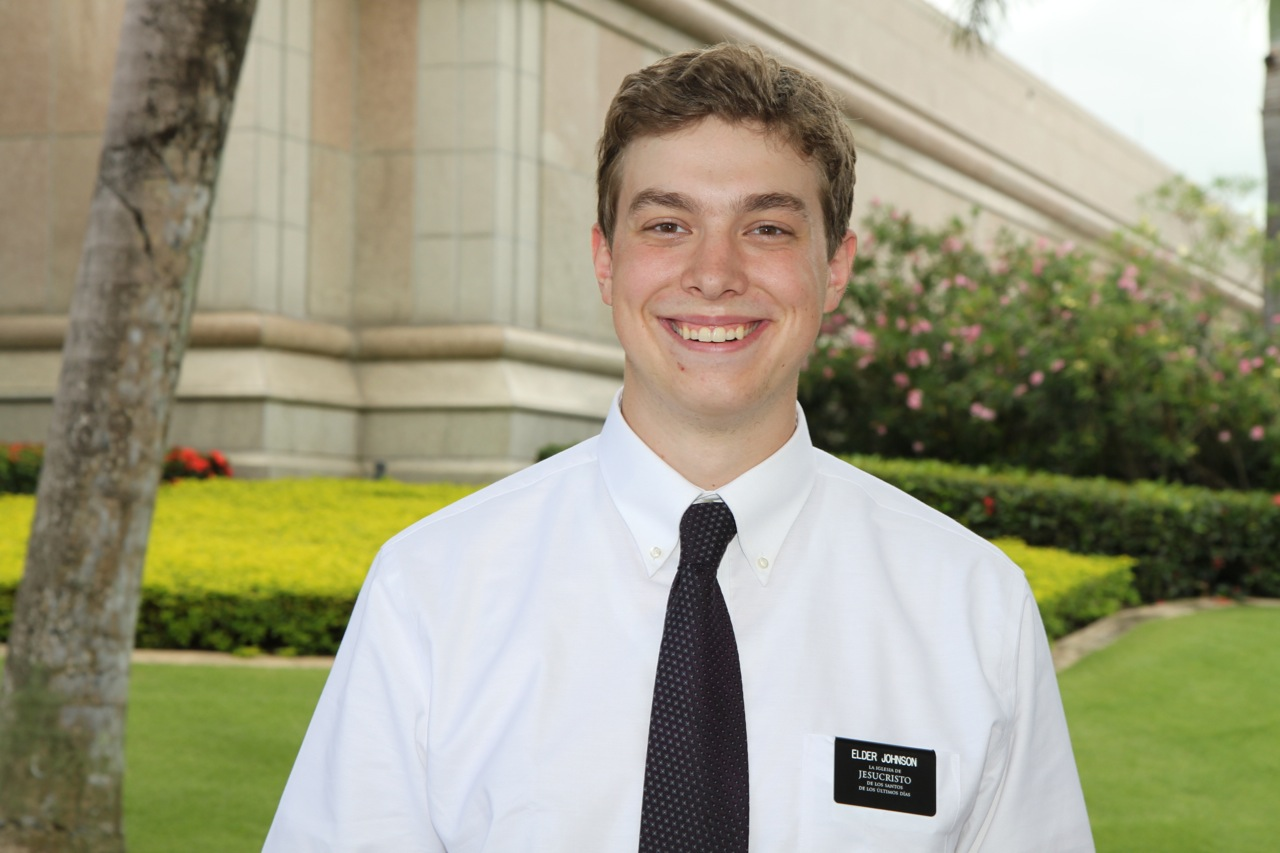 Being 19, I'm actually one of the oldest missionaries here. Of the fifty or so that are here, I think six are older than 18. It blew my mind to see just how many of them have honestly never done a load of laundry in their lives. It's sometimes frustrating because most of them have clearly never lived with anyone away from home before and the urge to snap and go rampaging through the building is sometimes hard to resist. They're good guys though, and they're on the Lord's errand. We have a lot of fun.

The biggest struggle here is learning the language. I think if I were speaking English, everything would be a breeze. However, the teachers never say a word of English- most don't speak it anyway. All the signs are in Spanish. Even the MTC is called La CCM here. Now, it's a very good idea for in terms of teaching the language to have a totally immersive experience from day one. However, the fact that every single thing is in Spanish is often frustrating, on account of the little snag that I don't speak Spanish. I hate the feeling when a teacher is asking me to do something very simple and I can't because I don't have any clue what he's saying. But at the same time, I'm learning a lot, and although I'm a dauntingly long way from fluency, I'm starting to understand the teachers for the most part which is in and of itself a miracle. 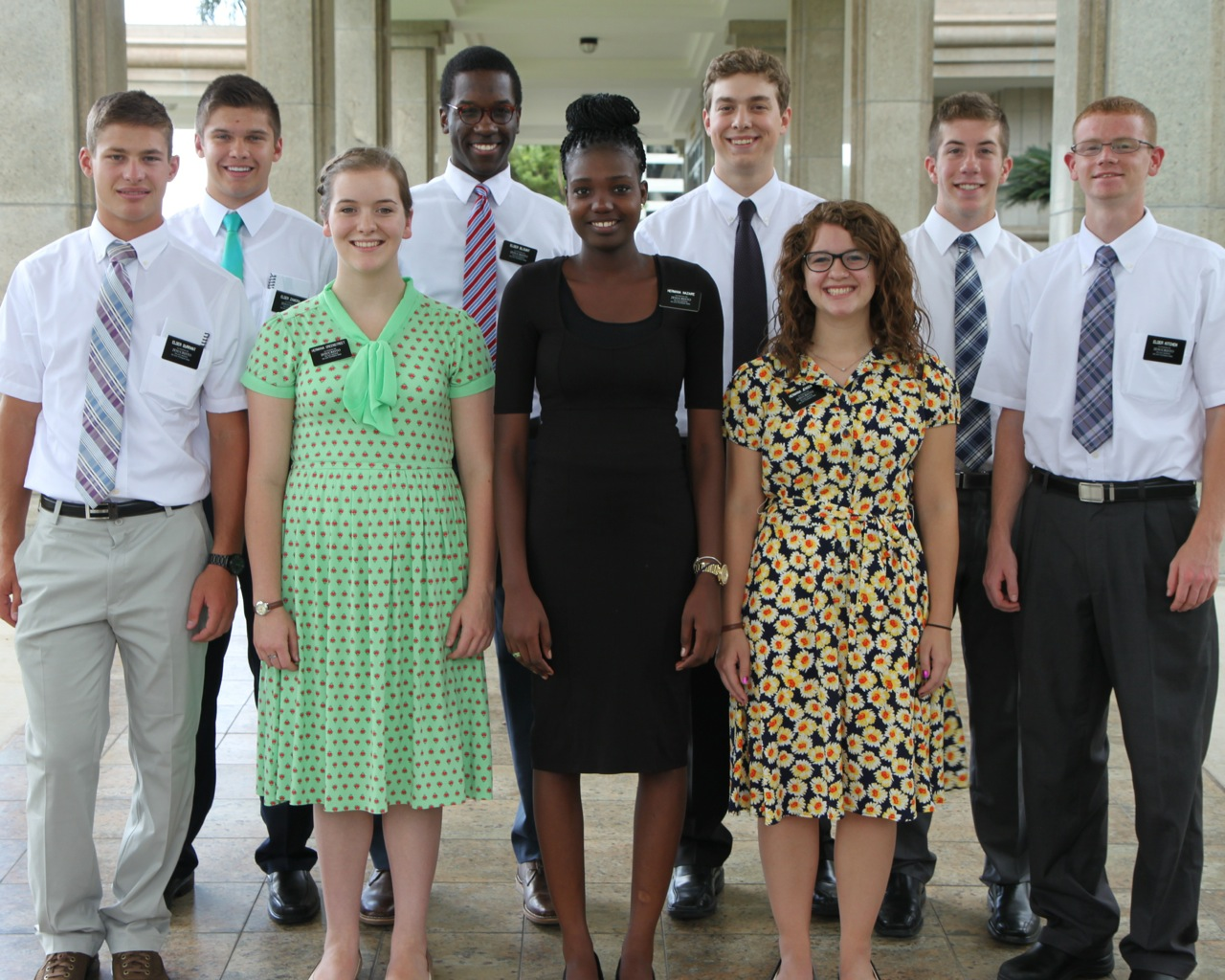 You know, whenever I heard stories about elders coming home early, I always kind of scoffed and thought that it couldn't have been that hard, that they just weren't mentally tough enough Well, now that I'm here, I have an acute understanding of why. We've had one elder go home already, and it's only the first week. Time is weird. Every day feels like a week, and every week feels like a day. There have been a couple of moments when I've wondered if I can handle the stress or not. But every time I've felt that way, something has happened to make it bearable. The Spirit is everywhere here. I've never been so consistently and powerfully touched by it in all my life. And on that note, I've realized that I've been kind of bad at bearing my testimony and letting people know how I feel about the gospel. So just to clear the air: I know that the church is true as certainly as I've known anything in my entire life. I know that Joseph Smith did see the Savior and the Lord in the Sacred Grove and the gospel was restored to the earth through them. I know that the Lord loves us all and wants us to be able to return to him despite our countless flaws and mistakes. And the more I think and pray about it, the more I realize this to be true- When the gospel works in your life and you see the blessings that come from being obedient in all things, you realize that you don't want anyone to have to live without it.

Sorry for such a long email. The first week has a lot to cover. They'll be less time consuming to read in the future! Hey! Tell me how things are going back in the states. Let me know how you are. I love you all and God bless you, everyone!

Dallin
Posted by SunnyNell at 7:40 PM