Hello! It's been a very adventurous week out here in Punta Cana! We've worked, we've played, and I am going to officially have eighteen months this week. It's crazy to have to think about the future and I'm kind of kicking myself for some silly decisions I made back in high school. My mother informs me that my AP account's security question is, "What is your oldest sibling's middle name?" My oldest sibling is Maren. And she has no middle name. Yup. On to the week..... 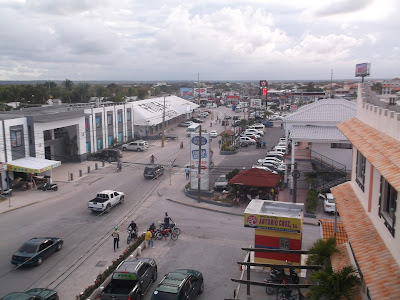 We went to this fancy mall called Palma Real for P-Day. It was beautiful! We wandered around and were very well attended to because everyone thought we had money. We just smiled, tried everything, and bought nothing, because, well, we had no money. The climax of this enchanting tango of modern shopperhood was a lovely lunch at Papa John's pizza, which in this country is actually a very nice sit-down restaurant. After this delightful journey of Ameritalian ingurgitation, there was only one place left to go- the restroom. We found it well enough and went on in. I immediately pulled out my bathroom copy of the Liahona and started taking care of business while Elder Hafer washed his hands. I was about halfway through a wonderful article by Elder Bednar about being disciples of Christ when I heard the water stop and Elder Hafer's voice echoed over the top of the stall. "Dude. There's something weird about this bathroom. Wait..... Where the heck are all the urinals?!?" A cold chill shot down my spine. No. Nononononono. And then. Entering the bathroom. I heard a sharp clack of shoes. Very high-heeled shoes. And then a woman's voice, "Hola." CRUD! I choked behind the stall door, bright red even though I knew she couldn't see me. We. Had walked into the girls' bathroom. What an adrenaline filled moment. My heart was pumping, I was breathing heavy, I could hardly think straight. All the data entering my brain was muffled behind the red mist of the fact that I WAS USING THE GIRL'S BATHROOM!!!!! 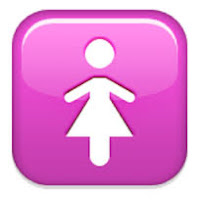 I gave a sort of breathless laugh. And then I sort of choked. I nearly cried. And then I calmed down. Because. Well. There was no fighting it now. So I finished what I was doing. Walked out. And washed my hands. Next to a nice lady fixing her makeup. Who was staring at me like I was a rotting slug. And then I left. Haha such is life. 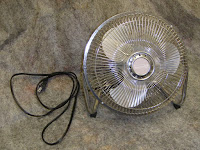 Anyhow, we had an adventure on Friday night. My fan has a long cord, but Elder Hafer's is a short cord. So, it's been attached to an extension thingamajobber, but the extension's not strictly speaking.... normal? I mean, it's functional and all, it just has no plastic casing and the slightest nudge causes loud pops and blinding showers of sparks. So I was sitting on my bed, calmly reading my Spanish vocab book, when Elder Hafer walked in and just sorta started kicking the cord and watching the sparks. It was cool and all for about, oh, three seconds, until there was a giant flash and electrical backfire fried every socket in the room. Apart from the overall shortedoutness of our bedroom, it shut my fan off. And I don't like having my fan shut off. Not one bit. See, as much as I like sleeping in a pool of my own sweaty filth, I'm not about that life, so we ran another extension cord to the other room and plugged our fans back in. This solved the problem.

For about two seconds until we realized that Elder Hafer still hadn't disconnected his fan from the original extension (which was still in fry-everything-it-touches mode), he'd just reconnected that garbage to a not-burned-out power source. With that power flow reestablished, the cord started smoking and then melting and then, to our deluded horror, flaming. 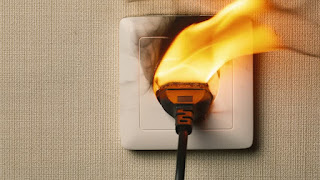 This unfortunate turn of events made it somewhat difficult to just grab it and pull it out of the wall. Luckily, Elder Hafer managed to hook the cord in the spiral binding of his planner and saved the day. The fire was quenched, and we learned a very important lesson. Best of all, our third and final extension cord was able to reach both our fans from the bathroom socket. We breathed a deep breath and the peasants rejoiced. 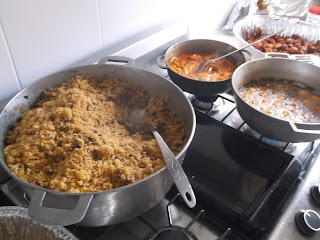 But anyway! Life's great out here! Apart from all that, we just preached the gospel and got invited to eat a pot of rice about the size of a Jeep tire and a dinner of ribs. We may not be the wisest sages in the brush but we sure love being missionaries. Keep it real and have a grand week! 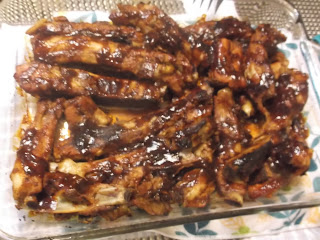 Posted by SunnyNell at 3:24 PM