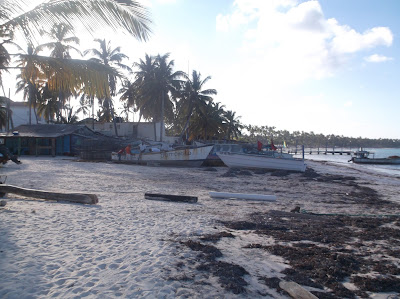 Hello! Sorry I've been out for so long! I'm alive and happy and well, it's just hard to think of what to write sometimes and, well, I've been trying to respond a little better (though still not perfectly) to personal emails. But life's grand out here in the sandy beaches of Punta Cana! Where to begin? 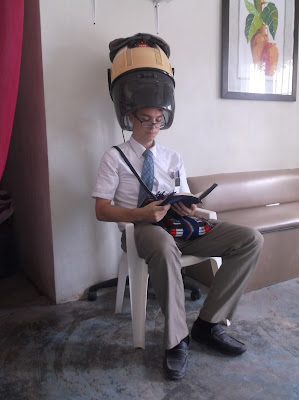 So after leaving Comfort (Consuelo) I arrived in Cane Point (Punta Cana) and discovered that although I'd arrived in quite a bit of comfort, there was just one problem. Wasps. Many, many wasps. Wasps in the windows, and therefore wasps in the bedroom. There's a wee gap under the windows, y'see. It was all fine and dandy for Elder Hafer, who has a mosquito net. Me? I got a bedsheet and a beanie. Not quite bulletproof, if you know what I mean. There was only one way to solve this problem. It'd been a long time since I took the bees on back in ol' Los Solares, but the amount of time mattered little to a grizzled veteran such as myself. We had our target. Their primary base was a large hive directly outside the window by Elder Hafer's bed. So we went to the drawing board.

We started with basic weapons. Machete. Flip-flops. It was a great idea, except every time we started to swing at the hive, they'd get annoyed for some reason and swarm us. This was problematic, since the machete is not quite as useful in close quarters against bugs the size of very large garbanzo beans. We were forced to shriek like little girls and take cover in the other room until we could sneak back under cover of darkness, shut the window, and pick off the wasps that'd gotten in one by one with the flip-flops. 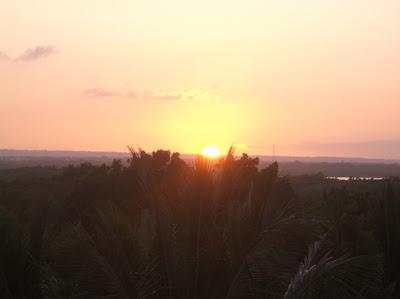 We then decided to use air-soft pistols. This worked almost as well as the first, except we're immature barely post-adolescent boys and apart from one or two wasps we picked off from the other window, we mostly just shot each other.

At last, we quit playing around and broke out a high-power can of industrial strength wasp fogger. Apart from a vicious sting delivered to Elder Hafer's left arm, we came out victorious and injury-free. Elder Hafer did the honors of chopping off the nest with the 200 peso Machete of Destiny. The hive fell twenty feet to the ground and the peasants rejoiced.

I was going to write more. But. Time has run out. Blast. I promise to write more next week. I love you all! Appreciate the small miracles in life and work hard! God loves you!

Posted by SunnyNell at 7:28 PM