(a handwritten letter to the Kommandant)

Dearest Kommandant, (that's me, his mammy)

Life's pretty chill around here. Me 'n' Elder Hafer are working hard. Due to the touristy nature of Punta Cana, everything is far apart and the cheapest guaguas run at 30 (!!!!!) pesos a pop. That adds up. If we want to take a guagua to a part of our area called Villa Playbol, for instance, we have to catch one to El Cruce, hop out, get on anotherun, and from thence to Villa Playbol. Two more to get back and we just had to shell out 120 pesos. No thanks. So, we walk a lot. From here on out, I'm gonna use place names as if they meant something to you. So's ya know. 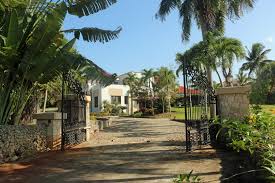 Elder Hafer and I were walking in Villa Europa, going around and trying to get to know people. Unfortunately, of all the people we tried to visit, the only one who was even home was a persnickety lady who just complained that she didn't feel good because she had a baby growing in her belly and for us to come back in two months when she no longer had a baby growing in her belly. Well, we left her to give birth and trudged through the street ready to write the afternoon off as a failure and start the 45 minute walk back.

And then, a miracle. The dirtiest little boy I'd seen all day came running up. "Hey, Mormons! My aunt wants to talk to you!" Alright. Sounds groovy to me. So we followed him. Turns out that his aunt was a charming lady named Victoria about 50 years of age. She was baptized in 1991 and was a firm member until 1998. She moved out here, went inactive, (the Church didn't open a branch until 2011 out here. 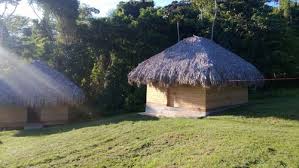 Not a perfect excuse, but 13 years [particularly since her husband is not a member] are significant) sort of just moved on with her life. Then, just a little while ago, she commented to her sister that she wanted to go back to church. Her sister was a dry member (active but unbaptized) for five years. She loved the church but couldn't be baptized because the father of her children viewed marriage as a social construct and refused to marry her. In time, she realized her man was a goober and a video game addict, so she packed up her two kids and peaced out. That was six years ago. She'd still not gotten baptized or gone to Church in those years because of an unfortunate occurrence, but now, she too felt a desire to return.

In short, God showed us a miracle in which we found a less-active who wants to come back and five new investigators (husband, daughter, sister, and 2 nephews of Victoria) who could be baptized. What a beautiful experience. 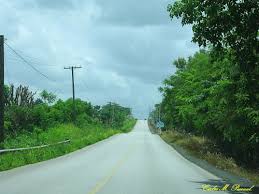 But not all experiences are beautiful. The other day, Elder Hafer and I were out contacting houses along a highway divided into three roads, each road being divided from the others by a swath of grass. This place is Friusa Called. It's called Friusa. Well, we contacted for a while until it was time to visit a less-active member named Victor. He had brought his nonmember girlfriend to church the Sunday before and so we figured it was time to reactivate this Kit-Kat. We took his dats and put the cita. Cita is appointment. Sorry. Spanglish.

Now, Victor is a volunteer firefighter, so he lives at the fire station. He told us it was on the highway just outside Friusa. So we started walking. And walking. And walking. Aaaaaand walking. Eventually, the sun set, and we were still walking. Every time we passed a rest stop or gas station or random restaurant, we'd stop and ask, "Hey, do y'all know where the fire station is?" They invariably pointed down the highway and said some amount of time in between 15 minutes to 5 hours. Cheery. So we kept right on walking. 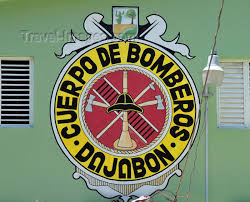 Finally, we saw a charming little puke-green over-described cinderblock building with the words CUERPO DE BOMBEROS emblazoned on the roof. Hallelujah!!! We triumphantly flounced in and were like, "Hey, is Victor here?" And they were like, "No."

It was just as well, really, because it was past 8:30. We had to get home. And this time, we'd just catch a guagua. Easy, right? Wrong. See, since some genius decided to put the fire department on a remote highway miles from anywhere, all traffic goes whipping past and in the dark, no one could see us in time to stop. Four guaguas passed us and we started to get desperate. And then, God decided to get us home in time.

Around the corner turned a gargantuan tourist bus. We didn't even bother trying to flag it down because these behemoths don't stop for anyone. They fill up at the hotels and then go thundering down the highway. Nonstop. We weren't going anywhere with this one. And then. To our eternal surprise. It flashed us with its brights. And it stopped. The door hissed open and the driver looked down at us. "Are you guys Mormons?" We nodded. He looked thoughtful for a moment and then said, "I don't know much about your church, but my son is a Mormon missionary. Y'all want a ride?"

And this has been the story of how we got a catered ride home on a bus that was nicer than the plane I flew in on. For free. God's out there. And He's watching.

Anyway, it's time to go to district meeting. Give everyone my love!


Love, Dallin
Posted by SunnyNell at 8:45 AM