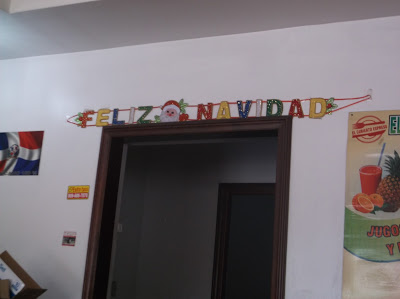 Hello! This week was a good week! It was also transfer time. My house now consists of me, Elder Lopez, his new-companion-Elder-Mejia, and mine, Elder Vasquez-from-El-Salvador. The transfer is young. Oh, and even in August, Christmas is in the breeze. It's gonna be a good six weeks :)

So this week, the zone leaders called us and were like, "Hey, just so you know, you should probably go home for the day. There's a tropical storm coming. Named Erika. But no worries! It's not a serious threat unless you're in an area right by the ocean." Right by the. The. What. Like. That massive expanse of water where we can literally note the curvature of the earth three blocks from the house? Ahm. Right. Cough. That's. Um. Wait....... I get to see a minihurricane?! Sick! Amen! The kids back home will never believe it! What stories I'll have for my little grandchildren! Tropical Storm Erika! My first ever named storm. Well. She came rolling through, and I'll be honest- she sucked! It was like asking a nice-looking stranger how to get to your favorite sandwich shop and getting directions to the DMV. Total disappointment! Sure, it was raining sideways and it was windy enough to rip the neighbor's roof off, but then, rain comes out from wherever it wants here and it's always windy enough to rip the neighbor's roof off.

We got bored just sitting around while the world didn't end around us, so we headed on up to our roof, danced around, ate some mango with tajín, did some pull-ups (well, Lopez did pull-ups. I just serenaded them with qui quo money money and Livin' on a Prayer), and then came back inside and played cards. The neighbors probably thought we were doing exorcisms with the amount of shrieking coming from the apartment. One does not simply play a calm game of Egyptian Rat. 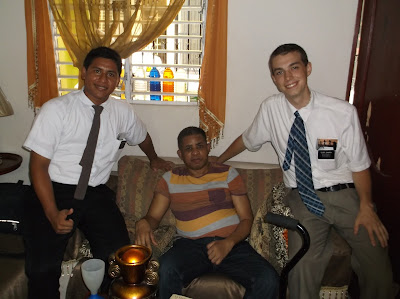 Also, we contacted a guy named Gilmer. There are three things you've gotta know about Gilmer. Gilmer is extremely smart. He doesn't walk very well (although he talks like a champ) And he also doesn't give a flying fiddlestick about anything. When his first son was born, his wife said, "Honey, we should name him Gilmer Jr!" and Gilmer said, "Over my dead body! No. I naming him... GilMerlin." That's right. He named his son after his own gamertag. Before gamertags even existed. About two years ago, Gilmer had a stroke, and his doctor said, "Gilmer, you've had a stroke. The left side of your body is partially paralyzed. You'll never be able to make fine motions with it again." Gilmer raised his left hand to the doctor and discovered that sure enough, the doctor was right. So, he flipped him off with his right. Two years later, against all odds (and after a lot of practice, I imagine) Gilmer can once again flip people off with his left. He's one of the funniest dudes I've ever met and best of all, he loves the lessons. We taught him the Plan of Salvation and when we came back the next time, he'd already taken the initiative to look up Joseph Smith, watch the documentary on his life, and read the first chapter of his biography, which is no small feat considering that Gilmer reads about five words a minute on account of that he can barely move his eyes ever since he had, you know, a stroke. Crazy guy.

Anyhow, along the course of my mission, by virtue of transfers, most of my companions and mission friends have had more time than me. I've had friends go home in the past, but this transfer in particular was full of names of people I've missed and continue missing. Barlow. Rodriguez. Brockbank. Froude. Carter. And others. This, of course, is no phenomenon. The list of names of people in general who were once a part- an important part- of my life who aren't anymore is much longer. In the midst of this process of people entering and leaving my life, I've come to the knowledge that one of the saddest moments in this life is when we don't realize just how much we should have appreciated someone until they were already gone.

Personally, I was never a perfect neighbor, companion, brother, or friend, and I've all too often been a right chump. I did have my moments, of course, but looking back, I also have my regrets. Even so, I cannot say how grateful I am for the different people who have ever been a part of my life.

One of the things I've done here in my letters from time to time is write a short remembrance of some of those who have gone home. I wish I could write something for every person who ever touched or changed me in some way, but unfortuantely, that is something that neither time nor circumstance permits. It's sad, perhaps, but such is life. People come and go no matter what you do. We cannot always write them a fancy goodbye, and even if we do, that goodbye will eventually be forgotten.

You never know how long they'll be there.