Firstly, there are such a thing as motorcycle ambulances in this country. There was a car crash right in front of my house. About ten minutes after they collided, a white motorcycle with the word "AMBULANCIA" printed on the side showed up. Can you imagine that feeling? Being told, "Hey, there's an ambulance coming!" and then you hear a teeny little "nuuurrrggh MEEP MEEP!! Hop on, buddy!" Those poor souls. 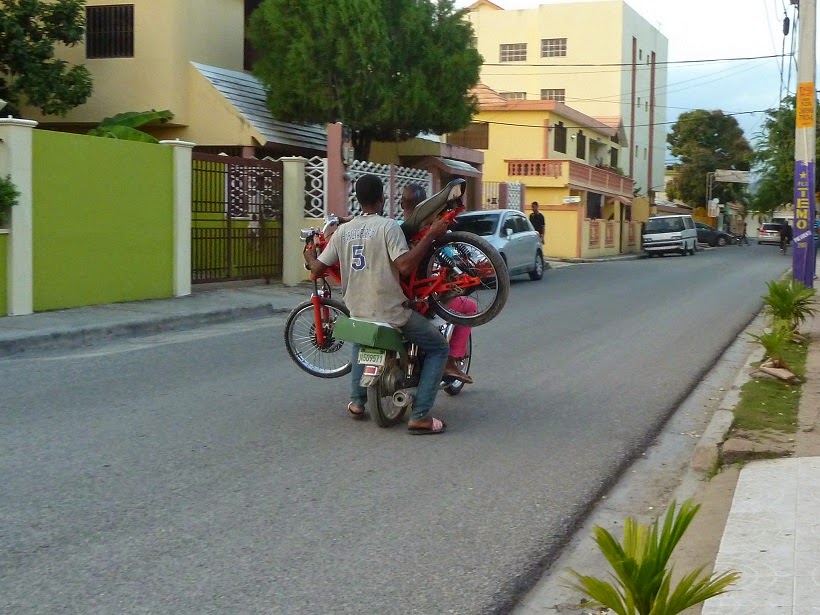 
I received news this week that my grandmother, my dad's mom, had passed away. She was born and raised in Denmark, and had this remarkable accent. My dad and his siblings all swore she never had an accent, but that her sister had a heavy accent. The truth was, they both did. We called her Farmor, far = father, mor = mother, father's mother. My dad called the mission office and asked them to tell me about her death.

President Corbitt actually came to the house to tell me about Farmor. He scared the crap out of us at first. He called up from down below and we went down and let him in. He stepped through the door and announced, "Gentlemen, I'm here for a 24 hour companionship exchange. Who's bed am I taking?" We all just about peed our pants. We all love and respect president, but the man is a bit intimidating at times. Being his companion for 24 hours? Terrifying. But he was joking. Then he pointed at me and said that we needed to talk in private. This was surprising to all of us. Two zone leaders live in our house. We all thought for sure they were the ones he wanted to talk to, not some no-name greenie who hasn't so much as made a peep to the mission office in three months here. But he wanted me. We went to a side room and chatted. He told me about Farmor passing away. He told me about the phone calls between him and my parents. All that good stuff. And then he left.

I was left to myself for the most part. So I just started thinking. I remembered the story about Farmor and the box of chocolates that she ate while the kids were in school, and then to make it look like she hadn't eaten the whole box, she opened another box of chocolate. About her mother forgetting that her and Farfar were married. About how I couldn't say Farmor and just called her Farmy as a little kid. All the times they visited. All of everything. I missed her and I knew that my family was definitely hurting over it. I prayed for all of them. And as I was praying, I got the distinct impression that when she passed, there was rejoicing on the other side of the veil. Farmor had served three missions, worked in the temple, and had much family already over on that side. She did more in her life for the most important work there is, that being the work of the Lord, than most people can ever dream of, and I know that she touched countless souls.

So although it's certainly sad when one mortal experience ends, she's got plenty to do on the other side, and now, she doesn't have the physical problems she was experiencing back here on earth. She can start helping people with all the energy of her soul. And it's okay. It's sad, but every new beginning comes from some other beginning's end. Of course we didn't want this, but the Lord's got a plan, and everyone, including Farmor, is a part of it. That's the gift of eternal perspective for you.

I'll keep you all in my prayers.