Happy P-Day! I don't know how things back in the States are, but down here in Espaillat, we had a week of firsts. I gave my first talk in church, we GOT OUR FIRST BAPTISM, and, of course, I met Stalin. For the first time.

So out here in the Dominican Republic, you meet people with some wacky names. Of course you've got your Miguels and Juans and all that good stuff. Then, you meet people with names like Stuart. Or Algernon. Then you meet some that are just weird. I've met Smirnas, Agnerrises, Yahairas, and we're even teaching a lady named Walescak. Then, the other day, we were out contacting, and we met a nice gentlemen who told us with a pleasant smile on his face that his name was..... Stalin. Yeah. Like THAT Stalin. Some peoples' kids. Golly, some peoples' parents.

As it happens, those of you who aren't into the whole Star Wars thing should know- Sith are real. Don't believe me? Child, talk to the word of God. Ezekiel 35:6. 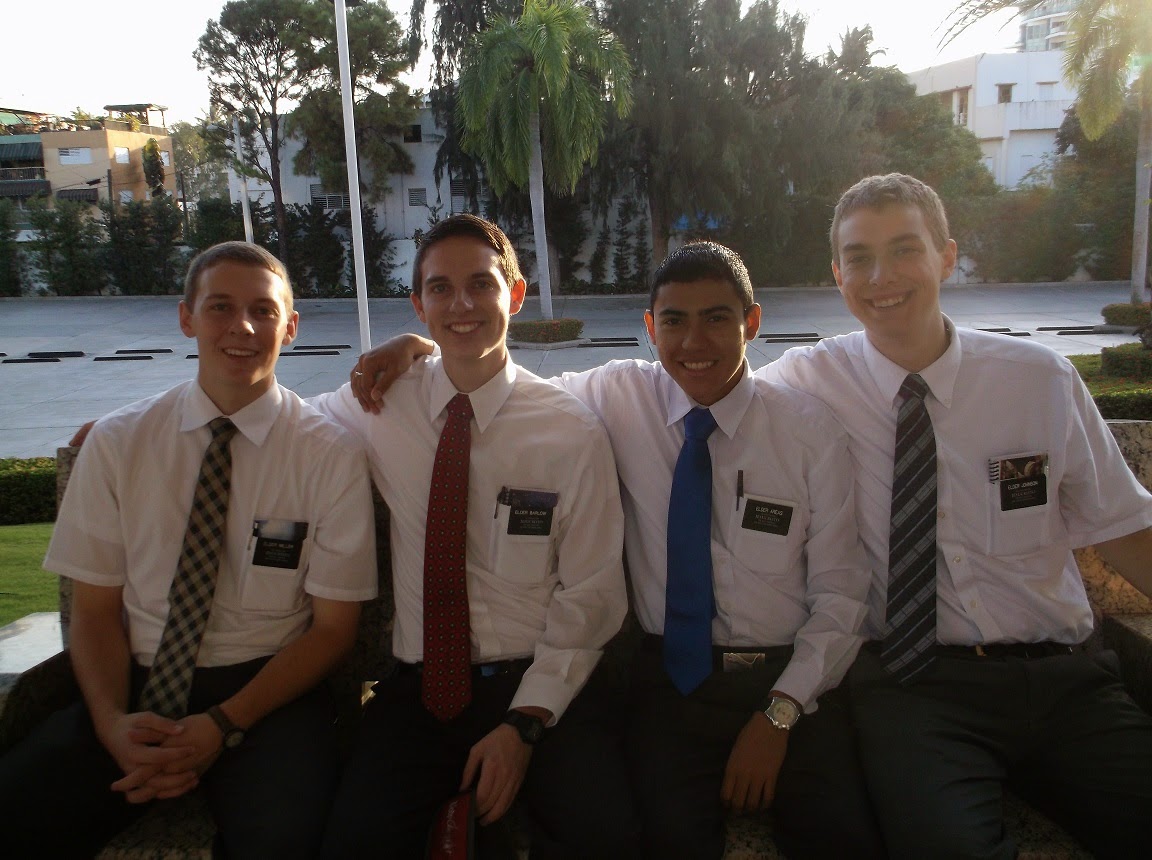 This last Sunday, I gave my first talk in the field. And, appropriately, said talk was the site of.... THE LANGUAGE GAFFE OF THE WEEK!!! Ha. Ha. Three months in the field and it still gets me. Hahaha oh how I hate it. So what happened. The bishop asked me to speak on mission work. I was quite pleased with that. It's an easy topic. I know a thing or two about mission work. The angle I took on it was straightforward enough. I talked about how the mission work is something all the members should be helping with, not just the missionaries. And then. It happened. There's two words in Spanish that are very similar. Cargar and cagar. Cargar means "to load" or "to burden". The sentence I was trying to say was, "This work isn't always easy. It's something the Lord has loaded upon each individual member. But He's loaded it on all of us. We can share it." But I didn't use cargar. I had misheard Elder Areas when I asked him how to say "to load". I used cagar. Cagar means, for lack of a better euphemism, to excrete stool. Only a lot more vulgar. At least in the Dominican Republic, profanity-level more vulgar. What I actually said was, "The work isn't always easy. It's something the Lord has s%!&&ed upon each individual member. But He's s%!&&ed it on all of us. We can share it." I said it. At the pulpit. In sacrament meeting. In front of a good dozen investigators. And 150 members. Including the first counselor of the mission presidency. . . . . . GAAAAH WHY????? Ugh. I'm studying, I'm studying.

In Sambil, I walked past a movie poster for The Hobbit. I didn't recognize it at first. But then. That hair. Then, that sword. Then, the gigantic THE HOBBIT emblazoned on the front. I felt my heart freeze into ice and shatter into a thousand tiny shards of despair. I was always super excited for the mission after I submitted my papers. Never doubted my decision from the day I got my call to the day I left. But I had one moment in August when I was sitting in the movie The Giver and the preview for The Hobbit came on. I was thoroughly enjoying the preview until it finished and I saw the release date. I stopped. I got real for a second. And I had to ask myself. "Is this really the right thing to do? Do I REALLY want to go on a mission?" It was a sacrifice! But here I am. 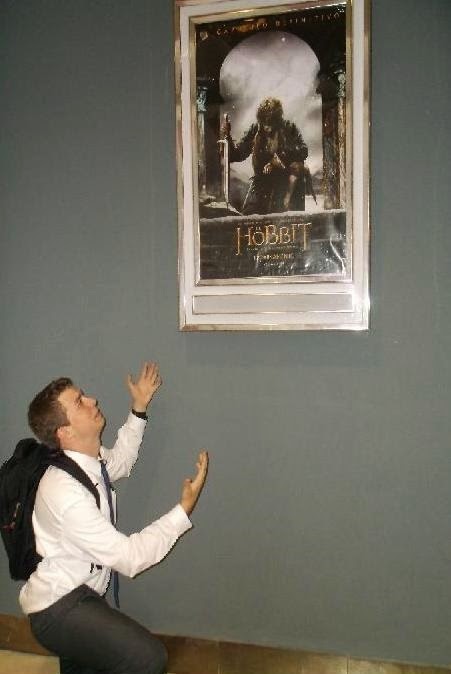 So we got our first baptism on Saturday. We went to go fill the font in the morning when we discovered that the last guys to baptize someone in the font hadn't drained it properly and the floor was covered in deep moss stains. They were super hard and dang near impossible to get out. We scrubbed, we soaked, we scrubbed again, and it did absolutely nothing. We decided to get more creative.

So it was that I found myself crouched in a dirty Dominican baptismal font at 10:15 AM on a Saturday, scrubbing the floor with a rock.

But the baptism went super well. His name is Gaspar Wellington Rodriguez Rodriguez. He was a reference we met my first week. He was tough to teach. He was born legally deaf and didn't get a hearing aid until he was eighteen, so he's really hard to understand when he talks and in turn, he struggles understanding when people talk to him. He was also born with some kind of mental inhibition. In some ways, he's really a lot like a little kid. But he was super receptive to the Spirit, and it's been nothing short of inspiring to see how proudly he carried himself after he was baptized. I'll never forget the day we taught him the law of chastity. The second we finished the closing prayer, he stood up, marched down the street to his girlfriend's house, knocked on her door, and announced to her, "Honey, we can never have sexual relations again until we are married in the Mormon church, and that is THAT." Super cool guy. I'm excited to see where he'll go in this life. 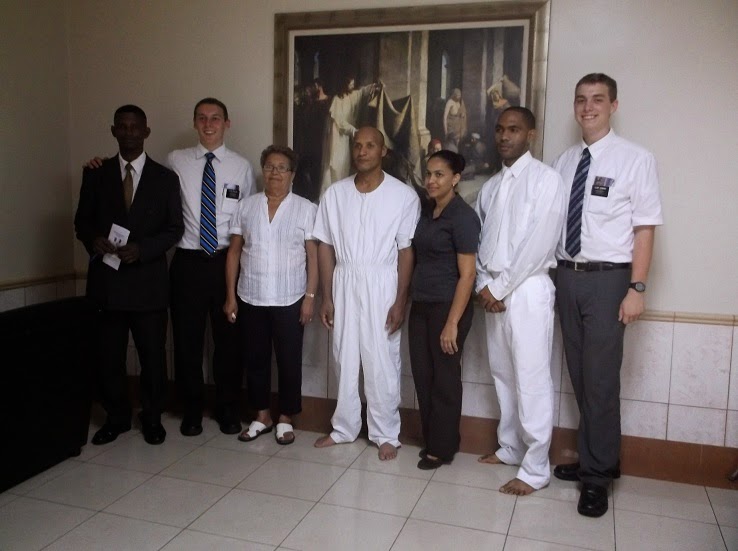 Anyway, that's life for us. Let me know how all things are going for you folks back at home. Best of luck and God bless!

P.S. We also went to the temple this week. The third picture is of all the elders in my house.
Posted by SunnyNell at 12:13 PM