In a way, I feel like I've stepped through a time warp and am transported back to 2016, when Dallin sent newsy emails every week that left me laughing, crying, and feeling really good about life in general.
I opened my email today to find a perfectly unexpected and happy surprise in the form of an email from the Dominican Republic. Not from Dallin the "missionary", but from Dallin the "married to his best friend and former mission associate Nikki". They have had the privilege of returning to the DR to see friends and loved ones this week, and gifted me with a description of a portion of their tales in a beloved third world country.
Please proceed if you care to hear it. Cheers!
-----------------------------------
Well hello there!!!!
Today is June 12. It´s been nearly ten months since my mission ended, and yet here I find myself once again on a Monday afternoon in a cramped, muggy internet cafe writing an email home. It´s almost like I've done this before.

First of all, getting used to Spanish keyboards is an adventure again. That's all. 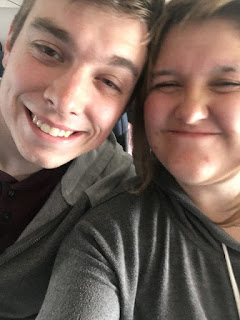 So Nikki and I landed on Saturday afternoon here in Santo Domingo. It was a strange sensation because everything is familiar and foreign at once. The first impression, as always, was the temperature. I actually felt the humidity skin the backs of my calves as I stepped off the plane, although we entered the airport in short order, thus dispelling any imminent threat posed by the sweltering heat of Santo Domingo in June. Stepping out of the airport was less surprising than it was the first time because we knew what to look for. Either way, it has been pleasantly refreshing to remember what it's like to sweat no matter where you are or what you're doing. And appreciate that Utah doesn´t do. That.

However, after braving the heat, we were picked up by Sister Corbitt and the current assistants, Elders Lemus and Harris. I actually knew them both, but they were fresh district leaders when I left the mission. They got us to the car rental place. We brought it back to President Corbitt´s apartment, where we'll be staying for the duration of the trip. Upon arriving, we went inside, scarfed down some dinner, and then collapsed immediately in bed, proceeding to sleep for thirteen hours straight. 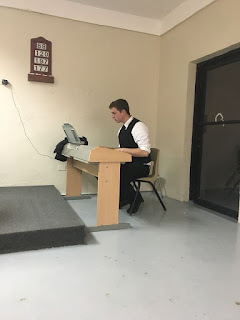 The next morning was Sunday. It was an auspicious occasion because we had the opportunity to return to Consuelo to attend church with the branch there. It was as Dominican as it gets. Two minutes before sacrament meeting started, the branch president beckoned us over and said, "Hermano Johnson, how is your Spanish?" It's fine, sir. "And your wife's?" Better than mine, president. "Perfect, you two will be the first speakers." And so it was the I played the piano for sacrament meeting, we both gave talks, and we gave the prayers in elders' quorum and relief society respectively.

Seeing everyone in Consuelo was a truly amazing experience. Because it´s a branch, it's much easier to see the impact that my work had on it. There were four people in attendance who were baptized during my three transfers there. A man who I had contacted and given a baptismal date to before being transferred out was blessing the sacrament. One of the priests passing the sacrament was a young man with whom I had battled endlessly until finally being baptized two or three months after I left. And there was a whole slew of formerly less-active members who had been reactivated by myself along with the honorable Elders Polanco, Leiter, and Cuadra. 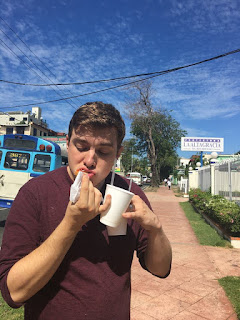 After sacrament meeting, I was reintroduced to the intricate delicacies that form Dominican cuisine by way of an unequivocally delectable moro de guandules con coco and pollo guisado (rice cooked with peas and coconut and Dominican-style stewed chicken) provided by the always enjoyable Suny Bermudez. I have never had such enjoyable diarrhea in my entire life. 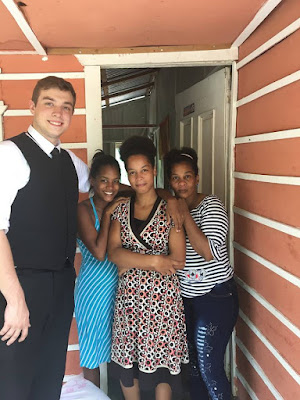 Certainly the highlight of yesterday, however, was my reunion with one Katherine (KAH-teh-deen) Vizcaíno. She had only attended church one time whilst I was serving in Consuelo. As all of my companions, particularly Elder Leiter, can attest, we tried every single thing in the book to get her to church. However, Katy was a strong-willed and impetuous woman who wanted to do what she wanted to do and she did not want to go to church. So when I walked in to church and lo and behold, there she was, I was absolutely stunned. I walked right up to her, gave her a huge hug, and cried, "Hermanita Katy!!! What on earth are you doing here?" She told me that she had been attending church for quite some time, to which I excitedly responded, "Have you been baptized??" She replied that she had not, but that she would be baptized that coming Saturday. I was elated beyond all description. And then, she looked at me and she said, "It will be at five pm, and it will be at the Kennedy church in San Pedro. But I haven´t chosen anyone to baptize me. Johnson, would you be willing to baptize me?" I was humbled and I sort of wanted to cry but that would´ve just made things all emotional, so I just pasted an inhumanly large grin on my silly mug and assured her from the depths of my soul that it would be my honor and privilege. So that happened. 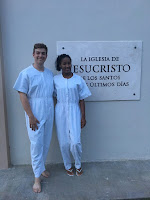 We finished out the night by visiting some of Nikki's friends and converts in La Romana, where we had a most excellent spaghetti and capped off the night by getting thoroughly lost on the way home where we were then reunited with President and Sister Corbitt together. They were both excellent conversationalists and we stayed up until the wee hours of the morning just chewing the fat and having a grand old time. It was delightful, and he didn't even seem put off at the lack of Thin Mints. 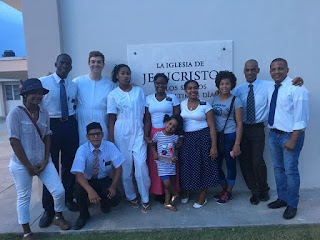 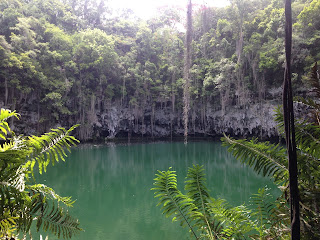 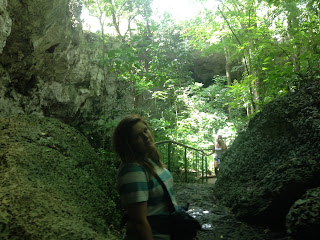 Today is Monday and before even realizing that we had essentially planned a P-Day, we decided to forgo using our rental car and instead use guaguas, missionary style. We determined to spend the morning going to Los Tres Ojos, a series of underground cave lakes right in the middle of the capital (and a very popular missionary P-Day destination) after which we'd get lunch at Megacentro (a classic lunch spot for missionaries) and then to email our families and let them know how we're doing (seriously right now?) before getting ready to go to a family home evening with one of Nikki's wards. Right at six. When a missionary's P-Day ends. Just wait- watch us get home at nine and be in bed by 10:30. 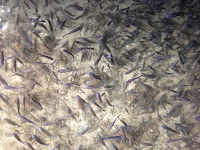 All told, it's been the most fun I've had on a vacation possibly in my entire life. The Dominican Republic is a country that I have loved since the day that plane landed on September 24, 2014. It's still a loud, stinky country full of crazy people, lame dogs, and excellent Coke. People still say hi to everybody and they still look at us just as weirdly when we get on public transportation or walk into colmados. But I get to do it on my schedule. And with my favorite companion. And I get to be here in this crazy place with these people and this culture that I love so much. What can I say? It´s not perfect. But it's perfect for me. 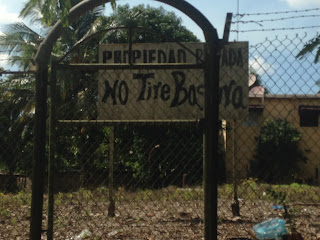 P.S. My phone died before I could get my pictures loaded, but I'll send them probably tomorrow because I won't have a charger until tonight. But luckily, since I am not in fact a missionary, I can do that sort of thing. Peace!
Posted by SunnyNell at 7:38 PM