Hello! It's a Monday.

So in lieu of a mostly story-based epistle this week, I thought I would just share just a small portion of the things that get said in our house. Some names have been changed to protect identities.

Barlow was translating for Sister Corbitt at the Trainee-Trainer meeting. It went a little something like this: 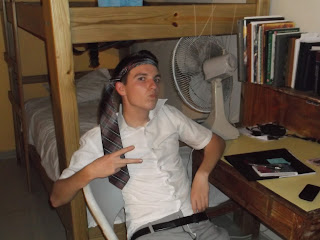 Sister Corbitt: If you get bit by a dog, you'll have to keep an eye on it for at least ten days to check for irregular behavior. If you see anything, you may have to get some shots.
Elder Barlow: Yeah, if you get bit by a dog, you're getting shots.
Sister Corbitt: Also, don't draw on your apartment walls. The landlords frown upon that.
Elder Barlow: Graffiti pisses the owners off.

Barlow: All the members we were gonna go out with left us planted.
Lopez: What does that mean?
Brockbank: You know what that is? We's been shafted.

Mayonnaise Face: Don't even think about it. 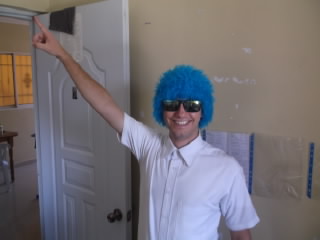 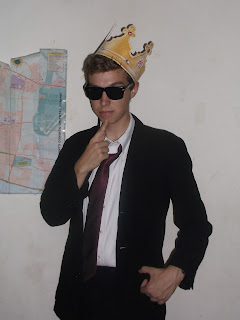 Johnson: Life is like a banana. On the outside, it looks like a tough, bitter place, but once you peel that layer back, someone comes along and eats you.

Johnson: I was always a fan of ramen noodling, myself. I'm a cheap sort of vandal.
Brockbank: Then you have Palmyra, Utah, where when your neighbors are mad at you, they weld your gate shut.

Iron Rod: Every time me and [name redacted] do something in this building, we end up with women in skimpy clothing.

Barlow: Can you hand me the area book?
Brockbank: Here in Ozama, we only use that to cut pineapple.

Johnson: I don't mean to ask stupid questions, but, uh, who put oil in the toilet?
Brockbank: We had to figure out which one of like twenty tanks was ours. Luckily, someone had spraypainted it green and written "Mormones" on it.

Barlow: I hate this. My talks have good doctrine, but you 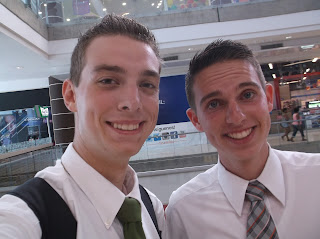 always have the good stories.
Johnson: I know. It's like you're Dallin H. Oaks and I'm Last-Conference-Thomas-S.-Monson.
Barlow: Don't compare yourself with the prophet..... Why are you wiggling your ears like that? 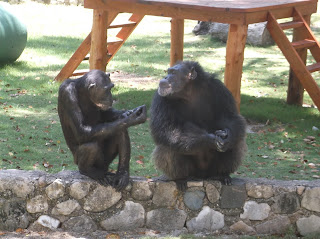 Brockbank: As you can plainly see, before the mission, I was black.

Johnson: Yeah, 'cause Eagle Scouts always know what they're doing.
Barlow: Hey, that's how I got this far in the mission.
Brockbank: By tying a heck of a lot of bowlines.

Broke Guy at an otter pop vendor: Hey, can you buy me one of these?
Johnson: No. Sorry. We're out of money.
Broke Guy: But I have a family to feed. I need money.
Barlow: You know what you need? Y'all need Jesus.
Johnson: Yes, come to church. And really, we're out of money.
Barlow (as we're walking away): Johnson, you're such a jerk. Although to be fair, he was trying to feed his family by bumming an otter pop.

Lopez: They might skip us in line.
Brockbank: Yeah, and we could pay with passalong cards and Monopoly money. Whaddya think about that?

Johnson: Yeah, me and Elder Rodriguez were up until about 4 AM.
Rodriguez: Please. It was only like...3:30.

Johnson: I think we can all agree that Kola Real is the worst soda in our solar system.
Brockbank: Then there's Country Club, which takes like cough syrup and gives you weirdly-colored poo.
Barlow (from out of the room): Are you guys talking about Country Club?

Johnson: Huh. We have a quote wall. We're practically women.
Barlow: Why?
Johnson: Quote walls are feminine.
Barlow: What? I don't know any girls who keep a quote wall. They're all guys. Wait..... Are we talking like a Pinterest quote wall?
Johnson: That's going on the quote wall.

So there you have it! We're contacting like animals and having a good time. I love you all and hope you all have a good week. 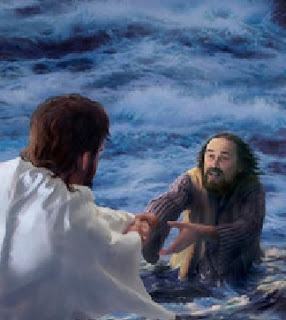 In the wise words of Elder Rodriguez (one last quote),

"Two men can do anything, as long as one of them is the Lord."

P.S. The attached photos are Elders Barlow, Brockbank, and me in varying levels of dignity. I would've taken one of Elder Lopez, but he's apparently not about that life.

Posted by SunnyNell at 7:17 PM